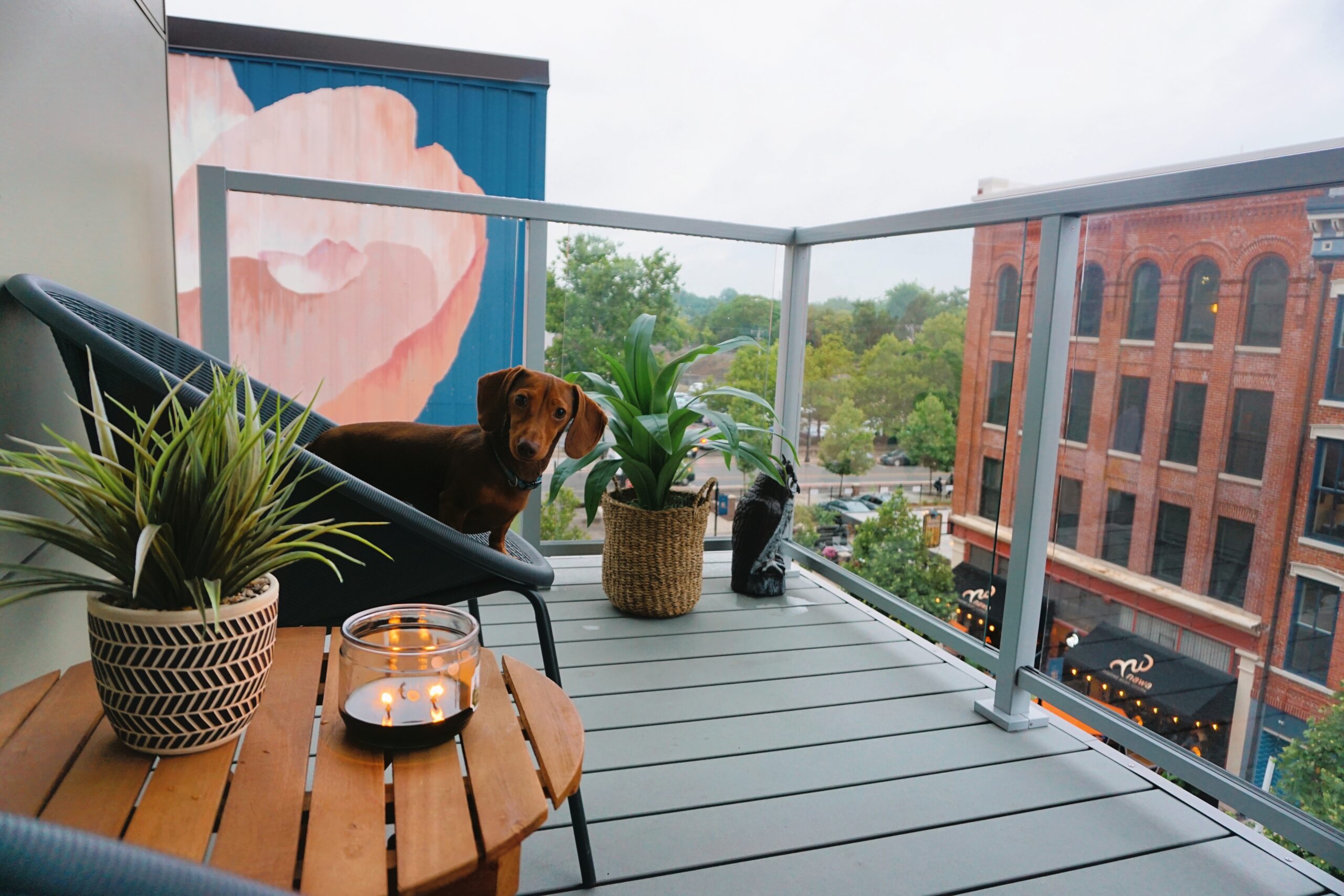 Ever since its redevelopment in 2018, The Landing has been one of Downtown’s most energetic destinations. Clustering together some of Fort Wayne’s most excellent eateries, magnificent murals, and stylish shops, it has become a major social hub. It’s a skip away from Promenade and Headwaters parks, and it hosts events and live music throughout the year, making it the place for those looking to feel the pulse of the city.

With all the buzz, it’s unsurprising that the apartments at The Landing are popular with folks who want to live close to the action—the typical occupancy rate is between 95-99%! But if you can snag one of their 91 units, you’re sure to enjoy all the energy and excitement of urban living.

Above the shops and restaurants on The Landing, you’ll find studios, one-bedroom apartments, and a single (coveted) two-bedroom, all sleek and modern with timeless touches thanks to the historic buildings they occupy. Keeping its history intact was an intentional decision by the Model Group, the developer who revitalized The Landing’s properties. They wanted to preserve as much as possible, while making them as long lasting as possible.

These “industrial chic” apartments are somewhat of a blank canvas with sprawling white walls, peppered with fun features in the form of polished concrete floors, exposed elements, like brick and beams, and large, beautiful steel or block windows. Each spectacular apartment is unique, with a layout and character all its own. Plus, all apartments on The Landing come equipped with luxury amenities, and most importantly, incredible views overlooking the cityscape or Promenade Park.

It’s also worth noting that 20% of The Landing’s apartments are designated affordable housing. And there’s a waitlist you can sign up for, if they don’t have an opening in their affordable housing program. This program is a requirement by the city and helps improve equity in Fort Wayne, giving everyone the chance to enjoy Downtown living and all it has to offer. Since access to affordable housing often leads to increased earnings, opportunities like this also benefit the economy. Win-win!

With photo-worthy views, scenic running routes, and walking distance to dining, parks, festivals, shops, and the arts campus, The Landing offers some of the finest accommodations for people looking to eat, play, and work in Downtown Fort Wayne.

Fun fact: Columbia Street (where The Landing is located) was home to Fort Wayne’s first-ever post office, theatre, and hotel in the mid-nineteenth century. So when you live at The Landing, not only are you part of Fort Wayne’s future, but you’ll feel connected to its past.

On the hunt for the idyllic apartment in Downtown Fort Wayne?

Check out The Landing:

More about the Model Group and their other properties. 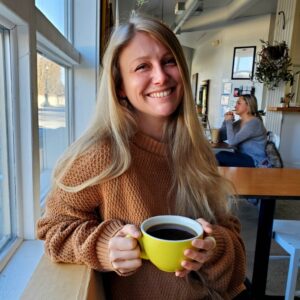 Molly Conner is a Fort Wayne native and freelance writer. Having lived in Downtown Fort Wayne throughout her twenties, she loves watching her stomping grounds grow. With her love of storytelling and community in tow, she’s eager to tell Downtown Fort Wayne’s story piece-by-piece—exploring the people, spaces, and organizations that make it thrive.