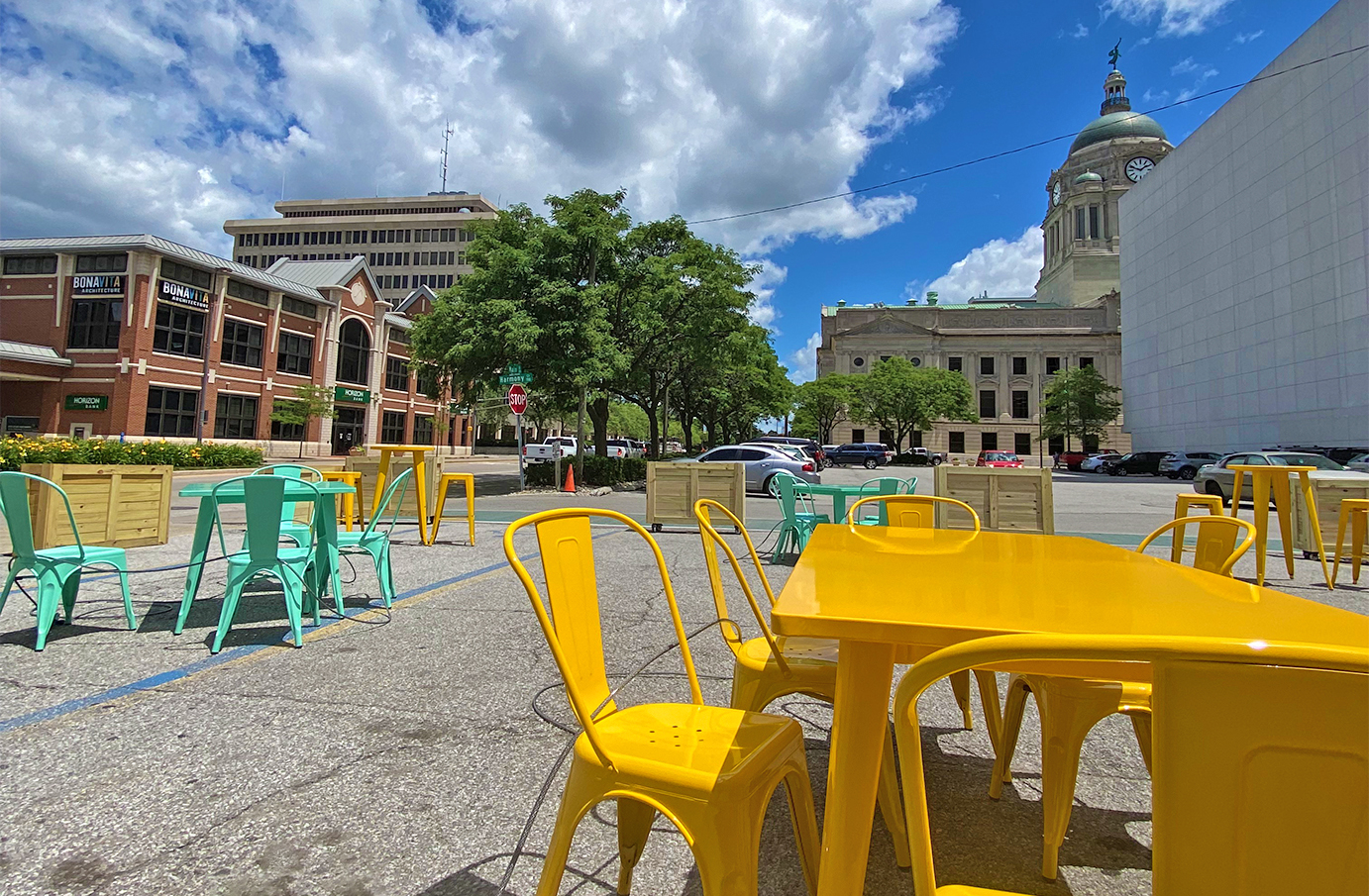 Traditionally known as the site of Fort Wayne’s popular “Santa and His Reindeer” display during the holidays, the space will span a portion of the western edge of the PNC Bank building parking lot on Main Street next to Sweets on Main. The area will include outdoor dining tables and chairs, a life-size chessboard, and a mural installation provided by Art This Way. Open to the public throughout the summer and fall, the parklet connects access points throughout the city, from The Landing and Promenade Park to The Embassy and TinCaps Stadium.

“We’re excited to help transform this space on Main Street into a family-friendly Downtown destination where our community and visitors can eat, play, and interact,” said PNC Regional President of northern Indiana Corinna Ladd. “Similar to the PNC Playground at Promenade Park, the seasonal parklet demonstrates our commitment to uplift the quality of life in our community and boost the economic vibrancy critical to Downtown business success.”

PNC Plaza was initiated in response to the pandemic and the need for expanded outdoor dining spaces throughout the city. It also serves as a continuation of Downtown Fort Wayne’s and the City of Fort Wayne’s implementation of the award-winning Gehl Public Realm Action Plan. This project is funded through the CARES Act relief program and is a grant provision from the Knight Foundation through the Community Foundation of Greater Fort Wayne.

“PNC Plaza is yet another example of why Fort Wayne was recently named an All-American City for the fourth time in history,” said Downtown Improvement District President Michael Galbraith. “Intentionally curated, these locations not only promote accessibility, comfort, and safety, but act as a welcoming ground for diversity and inclusiveness – establishing Downtown Fort Wayne as the vibrant, urban core of northeast Indiana – a place where we can all come together.”

“The economic impact these initiatives have on our Downtown businesses is substantial. When local businesses are doing well, our whole community benefits— and we’re just getting started,” said Galbraith.

This community project is made possible thanks to our sponsors: PNC Bank, Knight Foundation, Kurt Henry, Light & Breuning Inc., SMart Build, The City of Fort Wayne, The Community Foundation of Greater Fort Wayne, and Unilock.